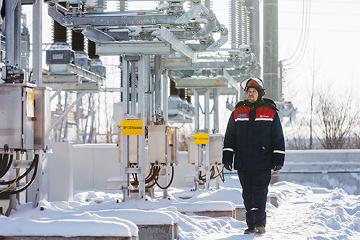 Rosseti Group totalled up the results of how the electric grid complex operated during the New Year holidays. From December 30, 2018 to January 8, 2019, Rosseti’s enterprises demonstrated exceptional reliability of power supply thanks to the introduction of an improved training system and updated work practices performed during periods of high loads.

The Rosseti's electric grid companies showed record high performance results, despite the fact that adverse meteorological phenomena were observed in the regions of the energy holding's presence, which were not observed during the New Year holidays of 2017-2018, when not a single weather disaster was recorded.

Moreover, in the period from December 30, 2018 to January 2, 2019, some Russian regions as well as Finland and Sweden were hit by the Aapeli snowstorm, which resulted in 282 and about 300, respectively, thousand of people in these countries lost their power supply. In the Kaliningrad region, the number of de-energized consumers did not exceed 3,330 people and in the Leningrad region 20,600 people i.e. many times less than in the Scandinavian countries.

In addition, the recovery time of the main network was 2.5 to 3 hours in the Russian regions and more than 6 hours in Finland and Sweden. It took 21 hours in the Kaliningrad region and 39 hours in the Leningrad region to fully restore normal power supply to consumers, whereas in European countries it took power companies more than 50 hours to do so.

“Changes that have been made to the set of activities aimed at preparing for high load periods, which include the conduct of large-scale regional exercises aimed at practical training of actions of power personnel in emergency situations, and also include the revamp of the most obsolete sections of the grid, showed high efficiency, therefore, in the current year such changes will be introduced in other regions where Rosseti Group enterprises are present," said Pavel Livinskiy, Director General of PJSC ROSSETI, commenting on the results of work in the first weeks of January 2019.